On November 27, the organizers of the 13th sport competition among IT companies IT Spartakiada 2016 announced the results of this year’s tournament. IBA Group won the second place, following their successful performance in 2015.

Sixteen teams participated in the competition this year. For the first time in its history, IT Spartakiada was held in two stages, with the tournament starting in spring and finishing in autumn. In its spring stage, the participants competed in laser tag, swimming, poker, and indoor football. In autumn, the teams clashed in karting, kicker, bowling, table tennis, volleyball, and basketball.

IBA won the tournaments in kicker and bowling and occupied the second place in laser tag, poker, and swimming. The karting, table tennis, and indoor football teams finished fourth, while the basketball team ended the competition at the fifth place. This allowed IBA to finish at the second place in the overall standings.

Winners of IT Spartakiada are determined by the minimal sum of points scored by teams in their top seven sports. EPAM was the winner of this year’s competition, while ISsoft won the bronze.

Congratulations to our colleagues! We are proud of their success and wish them many more great achievements in the future. 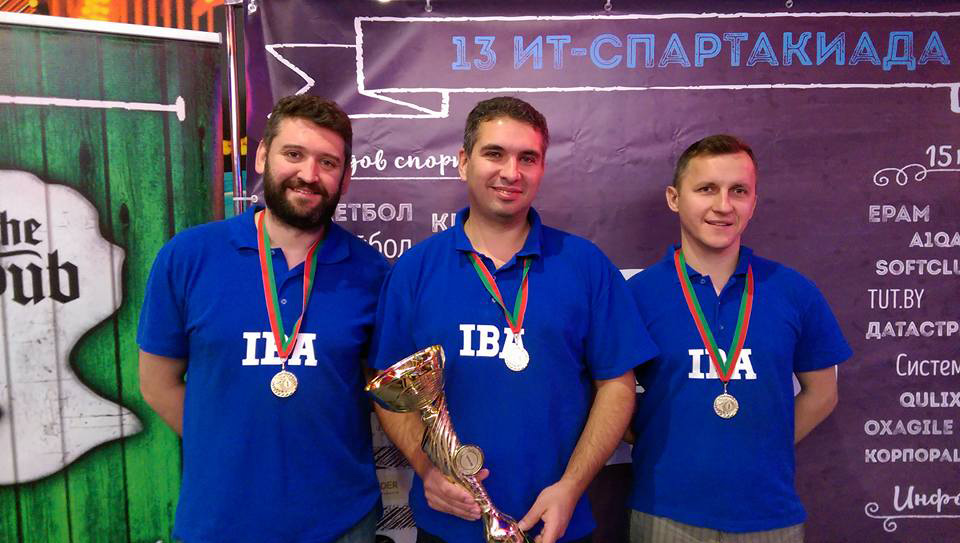